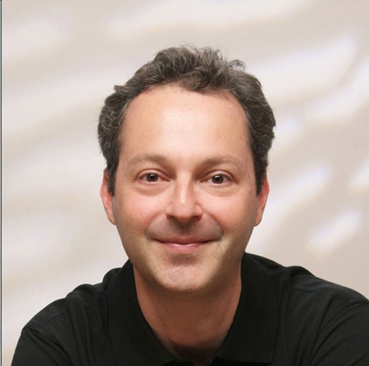 Nimrod Borenstein‘s compositions are gaining a worldwide following with performances throughout Europe, Canada, Australia, Japan, Taiwan, Israel, South America, Russia and the U.S.A. His latest works are receiving hugely enthusiastic reviews and becoming part of the repertoire of many ensembles and orchestras.

Vladimir Ashkenazy is an ardent supporter of Nimrod’s music and has conducted several of his compositions including The Big Bang and Creation of the Universe op. 52 and If you will it, it is no dream op. 58, a piece written especially for the Philharmonia Orchestra and the maestro himself. Maestro Ashkenazy has just recorded an entire CD of Nimrod’s orchestral music to be released by Chandos in September 2017.

The past years have seen Nimrod’s compositions premiered and performed at prestigious venues, from the Royal Opera House and the Royal Festival Hall in London to the Salle Gaveau in Paris and Carnegie Hall in New York. Nimrod Borenstein has been composer-in-residence of several Festivals and orchestras and his music is performed in numerous music festivals including the George Enescu Festival (Romania), the Edinburgh Fringe Festival (UK), the Burgos International Music Festival (Spain), the It’s All About Piano Festival (UK), the Belgrade Cello Fest (Serbia), the Evmelia International Music Festival (Greece) and the Rencontres Musicales Internationales des Graves (France). His pieces are often performed in international music competitions such as the International Jeunesses Musicales Competition.

Current and future seasons continue to see a great number of commissions, world premieres and repeat performances of Nimrod’s works worldwide. Following its premiere at the Royal Opera House, Borenstein’s Suspended opus 69 written for Gandini Juggling’s ballet ‘4 x 4: Ephemeral Architectures’ has had over 100 performances worldwide to date. Suspended has been recorded by the Berlin-based label Solaire, with other recordings of his music set to be released by Chandos, Signum and other labels soon (check back for updates).

During the past few years Nimrod Borenstein has been particularly interested in the composition of concertos. His large scale violin concerto was premiered by Dmitry Sitkovetsky in 2014, just a year after the premiere of his cello concerto. Another two concertos were premiered in 2016: Nimrod’s saxophone concerto (commissioned by the distinguished woodwind manufacturer Buffet Crampon for the saxophonist Michel Supéra) was premiered in France with the Orchestre de la Garde republicaine conducted by François Boulanger and his concerto for trumpet, piano and string orchestra (commissioned by the trumpeter Simon Desbruslais) was premiered in the UK with the English Symphony Orchestra conducted by Kenneth Woods and Clare Hammond and Simon Desbruslais as soloists. Nimrod has recently finished writing a guitar concerto for the guitarist Costanza Savarese and more concerto commissions with renowned soloists are already being planned.

Born in Tel Aviv Nimrod grew up in Paris where he started his musical education at the age of 3. In 1984 he became a Laureat of the Cziffra Foundation and subsequently moved to London in 1986, to pursue his studies as a violinist with Itzhak Rashkovsky at the Royal College of Music. He was then awarded the highest scholarship from the Leverhulme Trust to study composition with Paul Patterson at the Royal Academy of Music. He is now an Associate of the Royal Academy of Music and is listed amongst the alumni as an illustrious past student. Nimrod Borenstein’s substantial catalogue continues to develop and currently numbers over seventy works includes orchestral and chamber music as well as vocal and solo instrumental pieces.