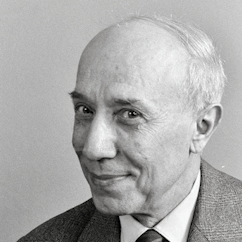 Absil was, first, a pupil of Alphonse Oeyen, organist at the basilica of Bonsecours. From 1913 he attended classes at the Royal Music Conservatory of Brussels, where he completed his musical studies. After learning orchestration and composition with Paul Gilson, he was awarded the Rome Prize and the Rubens Prize. He also sought the advice of Florent Schmitt. He was a professor at the Royal Music Conservatory of Brussels and at the Queen Elisabeth Music Chapel and, for more than forty years, he was director of the Music Academy in Etterbeek, which has borne his name since 1963. He was also a member of the Royal Academy of Belgium.

Two activities dominated Jean Absil’s life and career: education and composition. An undisputed educator, he trained generations of composers for more than forty years. A leader who allowed his disciples to discover the music of their time, Absil synthetized the French School, Stravinsky, Bartok, polytonal, atonal and serial music (J. Stehman). His extensive works encompass all genres.

His first distinguishing work was La mort de Tintagiles. His research on polytonality and atonality led to a brief study: “Postulat de la musique contemporaine”, prefaced by Darius Milhaud. Between 1929 and 1936 Absil applied the principles of his style mainly to numerous chamber music works. In 1936 he returned to large orchestral works with a second Symphony and Concertos for various instruments, including a Concerto for piano which, as a compulsory piece at the Ysaÿe International Competition of 1938, definitely established his reputation. He produced large-scale works such as Les Bénédictions, Pierre Breughel l’Ancien, Les Voix de la Mer, and many choral works, whether religious or secular. Moreover, he often drew his inspiration from the folklore and rhythmic subtleties of Central Europe.

When characterizing the Absilian language, Joseph Dopp rightly notes that the ear never suffers from an impression of tonal insecurity when listening to Absil’s music: while it is no longer possible to find a reference to the classical major or minor tonalities, the composer invents new modes, which he replaces for each piece. From these modes emerge chords which, even if they are different from the classical ones, also have an expressive sense (tension or resolution). Absil never practised a real atonality: the apparent tonal independence of the voices always resolves itself into a unique tonality. In this way, he may be considered as a predecessor of the new consonant music. 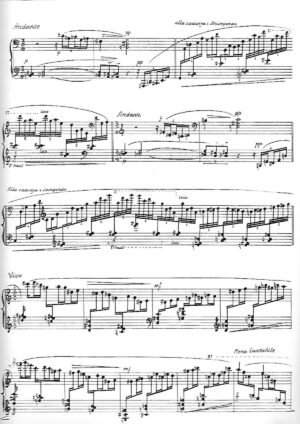 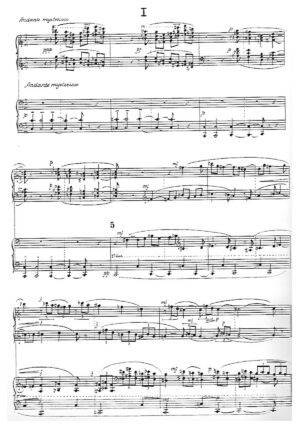 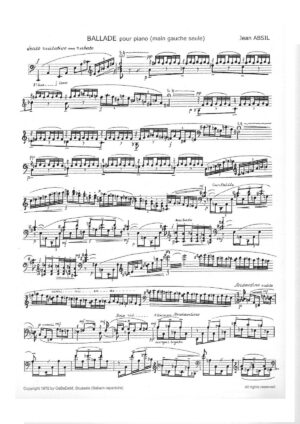 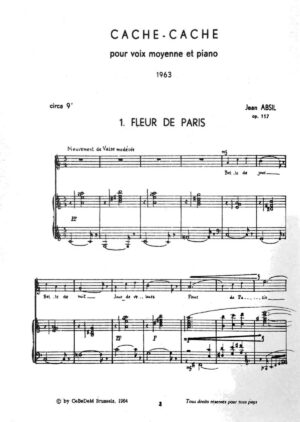 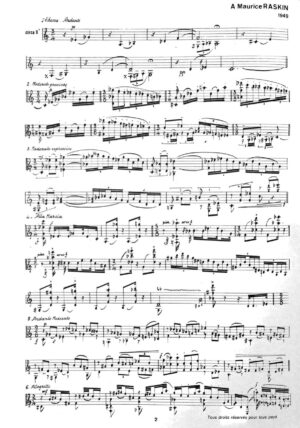 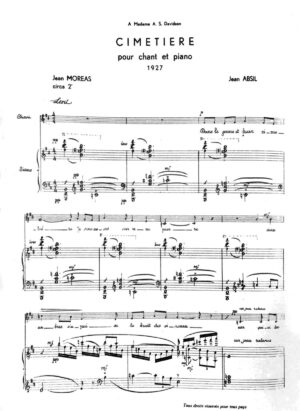 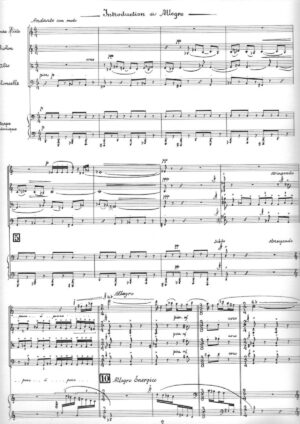 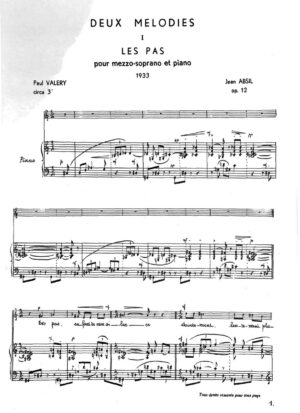 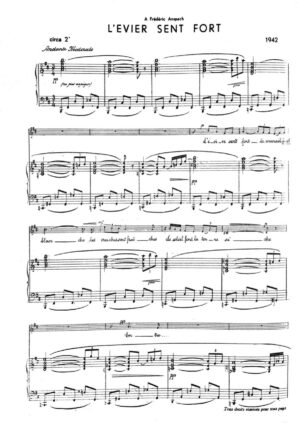 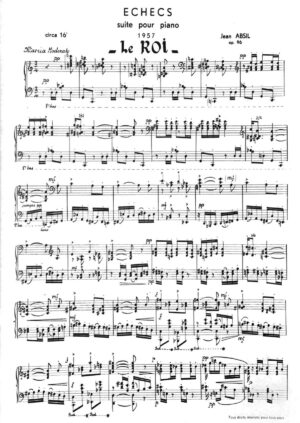 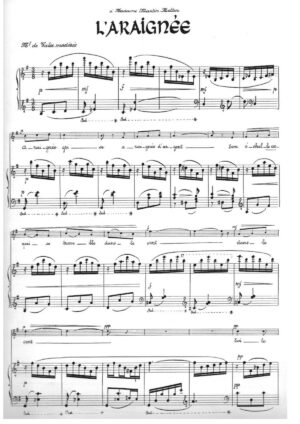 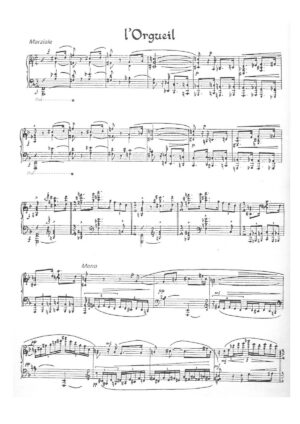 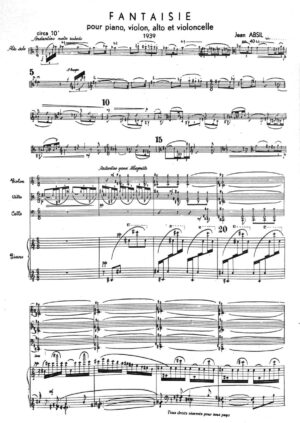 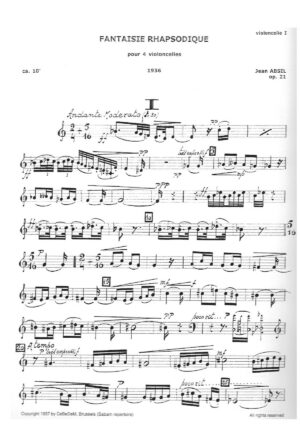 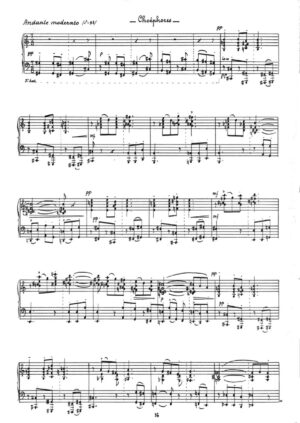 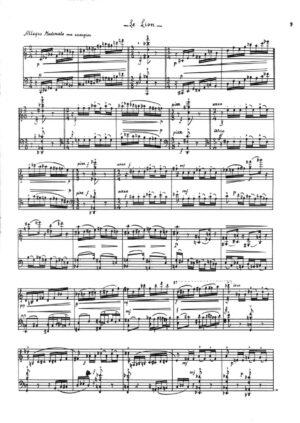 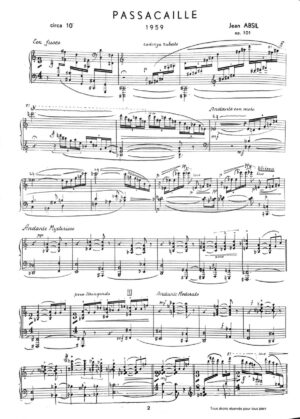 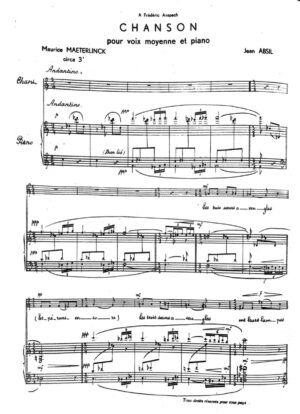 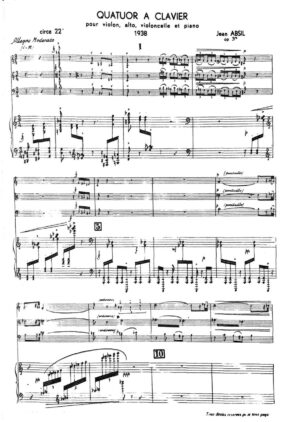 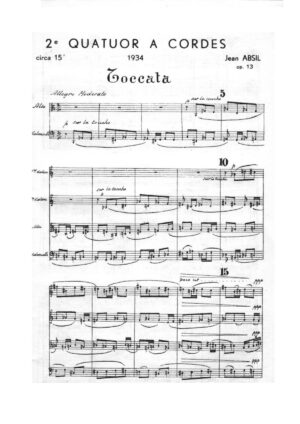 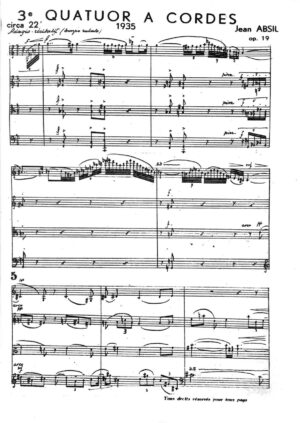 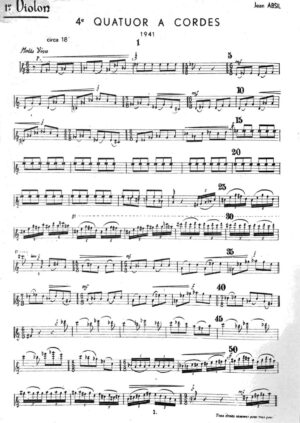 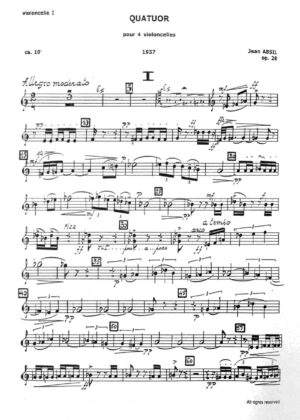 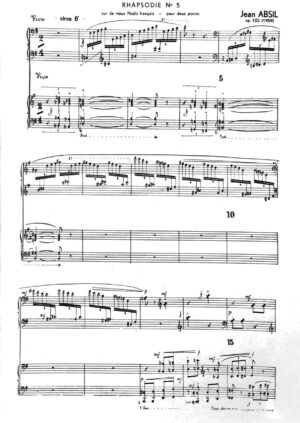 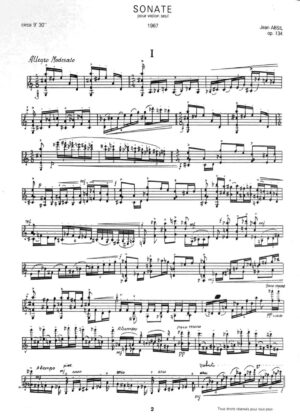