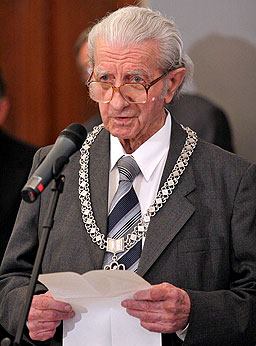 Leon Souroujon was born in the small Bulgarian town of Novi Pazar. He began to study the violin with his brother, but marked such a huge progress that the family decided to send him to Sofia to continue his studies with famous Czech musician Hans Koch. However, the latter soon returned to Prague and 14-year-old Leon followed him there. The Jewish boy graduated the Prague Conservatory in the beginning of the 1930s and started his concert activity in Bulgaria. Leon was appointed a concert master of the Sofia Opera House. Later on he went to Paris to specialize with great violinist, pianist and composer George Enescu. The incredible charm of the cultural life in Paris revealed new horizons for young Leon Souroujon. He graduated the prestigious Ecole normale superieure school and again returned to Sofia.

WWII changed the life of the talented musician. In 1943 he was sent to the Jewish labor camp in the village of Beli Izvor. The violin was his only joy in this difficult period. He was allowed to play to the others in the evenings, after the hard day of work. In an interview he says that he used to go at the railway while the trains, full with Jews from Macedonia and Aegean Thrace passed by. Leon performed with all of his heart Shubert’s Ave Maria and Dvorak’s Humoresque. Many of his relatives and friends found their death in the death camps. However, few of them were in Schindler’s list and those luckily survived.

The new life gradually pushed back the war period. Over the next decades Leon Souroujon was already a professor in violin at the Academy of Music /as of 1949/, while in the period 1959 – 1962 he was the dean of the Instrumental Faculty. Vesselin Parashkevov, Dora Ivanova, Angel Stankov, Yosif Radionov were all among his students, who became famous afterwards. In 1947 Leon won the George Enescu contest in Paris. He had concerts in this country and abroad, along with his pianist wife – Prof. Katia Kazandzhieva. Prof. Souroujon played Bach, Tchaikovsky, Paganini, Brahms, Vladigerov… He had a really great success with his rendition of Lalo’s Spanish Symphony.

People remembered Leon Souroujon as a quiet, calm and very friendly person. He was a small man, always wearing a suit and smiling. His style of playing had a lot of passion. The concerts with his wife were very interesting due to the professionalism of the couple. Leon had concerts in France, the Czech Republic, Poland, Cuba, Russia and Israel, where his sister – talented and famous artist Sultana Souroujon used to live.

In 1980 Leon Souroujon joined the opera orchestra of Antwerpen, Belgium. Later on he became a lecturer at the Musical Academy in Brussels, where he lived up until his death in 2007. His nephew Albert transferred his dust to Sofia, following the last wish of his famous relative. Prof. Leon Souroujon wrote his own page in this country’s music history, remaining one of its most talented musicians. (© Radio Bulgaria) 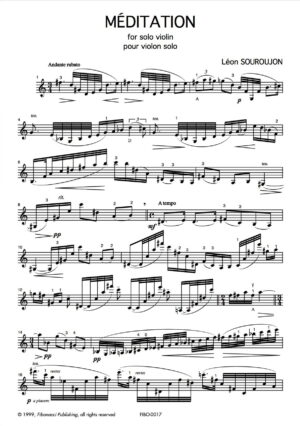