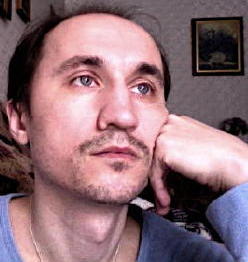 Oleg Paiberdin’s music attracts with its naturalness, precision and cleanliness of writing, emotional richness and plasticity of the form built without prejudices. His musical language is quite simple, but at the same time it does not contain any cliche, nothing is made mechanically or from force of habit, everything has been thoroughly heard out and verified by inner hearing. That leads to very fresh sound. He widely uses diatonicism that is not an archaic tonality but modality. It is a hard job to write in new diatonic techniques, as one should make a path on a blade of the knife to not lose attractiveness and intensity of sounding. Paiberdin succeeds in this. — composer A. Shchetinsky

I enjoy the overlapping lines, the harmonies, the range of dynamics, the way the parts interlock—but most of all the feeling behind it (about the work ‘Sob Out’). — musician of the Scottish Clarinet Quartet A. South

Every time, experimenting with instrumental staff, inventing new timbre, texture or in his own way using already well-known techniques of composition, he creates astonishing works, which in their own way are “breathing” music spaces. Composing his works, Paiberdin investigates nature of sound at the same time; he wants to sense natural sound as such. — musicologist A. Meleshkina

Especially on that account the composer creates the special sound-substance in every work, every time applying to new devices, taking up special instrumental staffs. Moreover, in himself works O.Paiberdin investigates itself music as it is and its historical progress. Choosing this or that historically structured music genre, O.Paiberdin contemplates it as new one, thinking over ancient things in the material of contemporary possibilities. Often such links open original meanings of genres. In basis of O.Paiberdin’s intentions lies legible rationalism. And this corresponds to epoch where the composer becomes author of new devices, which are not only forming any ideas, but which are ideas themselves. — musicologist A.Meleshkina

Composer Oleg Paiberdin was born on Deсember 13, 1971 in Altai [Russia]. Lived in Karatau [Kazakhstan, 1974-1987] and studied at Karatau Music Children School under his father V. Paiberdin. Graduated [1996] and postgraduated [1999] from Ural State Conservatory named after M. P. Mussorgsky on composition under Professor A. Nimensky in Yekaterinburg. 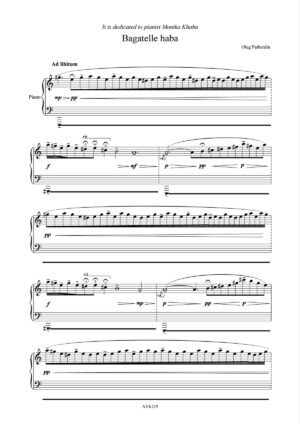 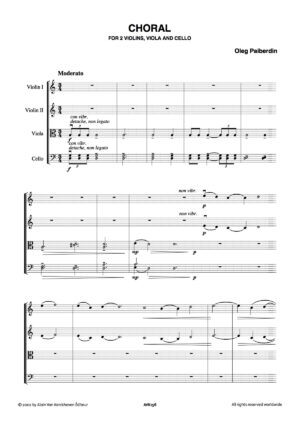 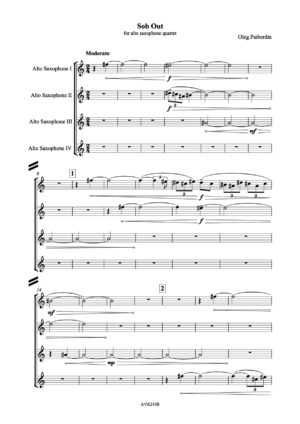 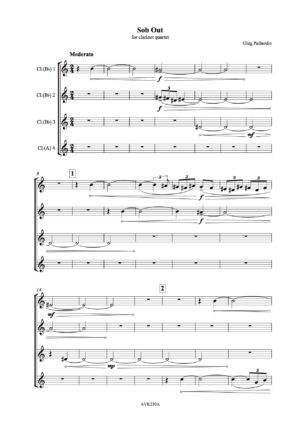