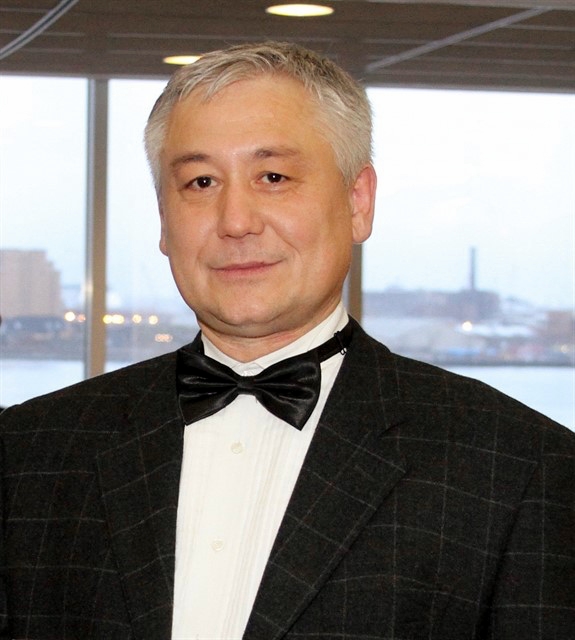 Composer Alisher Latif-Zade was born on June 1962 in Dushanbe, Tajikistan. In 1980 he finished a special secondary music school, the class of violin and composition. In 1980 he entered the Moscow Conservatory, the class Composition and Polyphony of Prof. A. Pirumof.

In 1985 he graduated from the Conservatory and joined the Union of Soviet Composers. In 1989 A. LATIF-ZADE participated with his “Oriental Sketch” for saxophone and piano in the concerts of Tajik composers in Germany (Shwedt and Angermunde). The same year he took part in the Festival of Young Composers of the USSR and USA in Kislovodsk where his Brass Quintet was performed. Since 1989 his compositions have been performed in USA, Central Asia, Russia, Austria, England, Poland, Ecuador, Germany, Italy, France, Norway, Spain, Australia, Japan, Luxembourg, Yugoslavia, Hungary and Moldova. Organizer and permanent participant of the International Musical Festivals A.Latif-Zade writes music in various genres and styles (from song to symphony); from piano piece to jazz band or double symphony orchestra.

From 1993 to 2003 y. composer A. Latif-Zade lived and worked in Uzbekistan. He taught arrangement, improvisation and score reading at Tashkent State Conservatory. In 2003 Mr. A.Latif-Zade was invited to Kazakh National Kurmangazy Conservatory where he taught composition, theoretical disciplines and orchestration. Since 2004 the Composer has been living in USA. In 2000 (VII) the composer took part in the Silk Road Project initiated by internationally acclaimed cellist Yo-Yo Ma., where his “Circles of Time” (octet) was performed (Tanglewood, Lenox MA) USA.

Composer’s special aspiration is to assist the process of rapprochement of the people professing different religions (like he does, for example, in his trio “ Cross and Crescent “, the poem “Apocalypse”, octet ” Circles of time “, “Tolerance”, “Heaven’s Voice).In last compositions he tries to create new direction in music – synthesis of “Orient”- “West”- “Jazz” and “Contemporary”. The Tajik folklore, melody and rhythm is a basis and core of all compositions of the composer. Alisher Latif-Zade is included in the Book “ Who’s Who in Asia” 2007 edition, His name is also included in musical Encyclopedic Dictionary (Moscow) in section of ” Tajik music “; in the Encyclopedia of Uzbekistan. He is a Honorary member of the cathedra of culturology of the Tajik – Slavonic University (2004). The Composer has Honored Certificates and Diplomas (Russia, Kazakhstan, Kyrgyzstan).

His membership includes: ASCAP, Russian and Uzbek Composers Union. The composer has been received the Grants and certificate of IREX (International Research & Exchanges Board) USA(2003); Grants of Swiss Bureau of Swiss Embassy in Uzbekistan(2003); ASCAPlu$ 2004 – 2006. 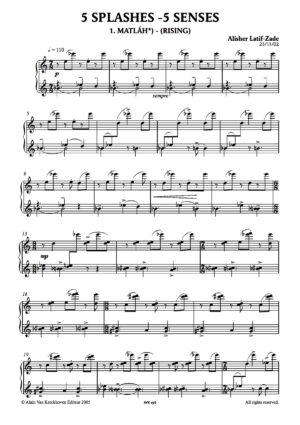