Benoît Chantry trained at the music school in Tournai and afterwards at the Royal Conservatory in Brussels (percussion, counterpoint, orchestra conducting, composition, jazz), where he worked with professors like Arnould Massart, André Waignein, Georges-Elie Octors and Michel Lysight. Improvisation and deeply-rooted desire to create have led him on a path which he still follows today, and which allows him to express himself with intensity and considerable research.

His longing for creation, which he realises in compositions commissioned by orchestras or recognized solists, guides him to different places : he has worked for example for the ensemble Musiques Nouvelles and The European Contemporary Orchestra; his compositions for band are played on several continents. They gave him the opportunity to win different contests and to represent Belgium in the context of the Wind Orchestra World Project. He regularly composes for television, theatre and shows (Festival de Wallonie, Lille 2004, Les Inattendues, Mons 2015, etc …).

His need to communicate, which he can develop when he works with orchestras or student classes, also leads him to quite different universes : he has conducted about twenty ensembles, in concert or in studio, and he permanently conducts several wind orchestras with which he appreciates exploring new paths. At the Brussels Conservatory, he teaches writing and sight reading. 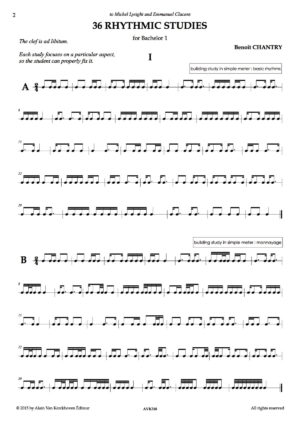