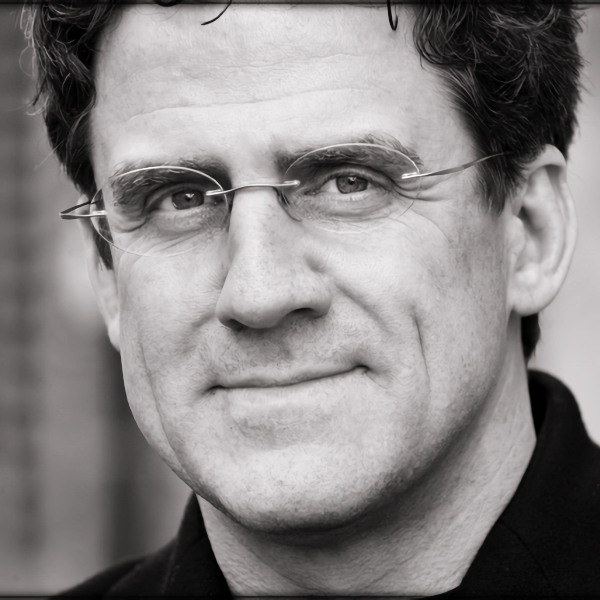 Dirk Brossé, born in Ghent in 1960, is one of Europe’s most talented and multi-faceted composers and a gifted and respected conductor on the international music scene. Since 1999 he has held the title of Music Director of the Tokyo International Music Festival and is also Musical Host of the prestigious International Flanders Film Festival in Ghent.

Dirk Brossé’s musical studies were initially undertaken at the Royal Music Conservatory of Ghent and Brussels before focusing on conducting studies in Maastricht, Vienna and Cologne, gaining his conducting diploma from the Musikhochschule of Cologne. His many current academic responsibilities include the position of Professor in Composition and Conducting at the Royal Conservatory of Music in Ghent.

Brossé is a versatile and internationally successful composer. His works include songs, chamber music, symphonic works, oratorios and music for the theatre and film. Among his 20 distinctive sound-tracks for award-winning films are A Peasant’s Psalm, When the Light Comes, Marie (Nominated Overall Winner in the French Film Section at the Venice Film Festival in 1994), Daens (Academy Award Nomination 1993) and the classic silent film Visages d’Enfants.

Brossé’s symphonic music is performed throughout the world. His major classical works include: La Soledad de América Latina, which was written in collaboration with the Nobel Prize-winner Gabriel Garcia Marquez for the official opening of the 1992 World Exhibition in Seville and was subsequently performed in Stockholm, as part of that city’s Cultural Capital of Europe celebrations, followed by further performances in Quito, Ecuador; the symphonies Artesia (which received the official patronage of the European Union) and The Birth of Music (where a synthesis of ethnic and classical instruments is created); the violin concertino Black, White and in Between and violin concerto Sophia; the War Concerto for clarinet soloist and orchestra; Elegy for Cello and Orchestra; and for soprano and orchestra the song cycles Eppur si muove and La Vida es un Sueno.

With his scoring of the musical Sacco & Vanzetti commissioned by the Theatre of the Royal Ballet of Flanders in 1996, Dirk Brossé added a new dimension to the wide range of his oeuvre. With 92 critically acclaimed performances in the Netherlands and Belgium, this dramatic study of minority victims in a hyper-patriotic state, is now scheduled to appear on New York’s Broadway. More recently, Brossé wrote the score for the musical based on the world-famous cartoon character Tintin created by Hergé, which premiered in September 2001 in Belgium.

Dirk Brossé has been granted the title Cultural Ambassador of Flanders and in 1999 was invited by the City Council of Shanghai, to conduct the Shanghai Philharmonic Orchestra in performances marking the 50th Anniversary of the founding of the People’s Republic of China. These performances were, uniquely, broadcasted live throughout the world on the internet.

The recordings of Dirk Brossé have been released by Sony Classics, EMI, Philips Classics. 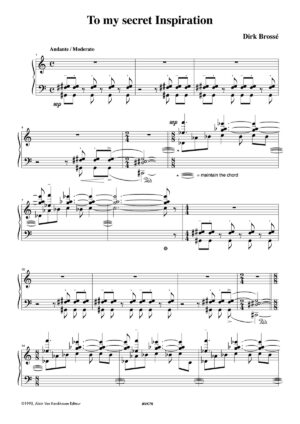