Calle Marqués de Larios, originally for eight performers, was composed in 2019 inspired by the nostalgia and the memory of Andalusia, after several years abroad. Through it, the composer represents the lively and carefree character of a malagueña: traditional style of Andalusian music derived from earlier types of fandango from the area of Málaga (Spain).

“Regarding the title, it is the most beautiful and lively street in Málaga’s city center. It is the true nucleus and the indisputable image of every malagueño. Apart from its commercial character, Marqués de Larios street is the artery of the province, comparable to the Parisian Champs-Élysées.”

In 2019, it was premiered and recorded by the ensemble Musiques Nouvelles at Flagey (Brussels, Belgium). A new version for wind band is scheduled to be performed in summer 2021 in the composer’s hometown, Estepona (Málaga, Spain).

This work is available as
PDF at: 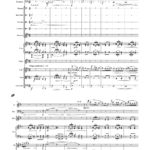 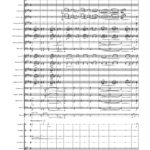 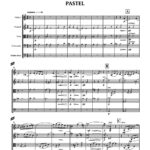 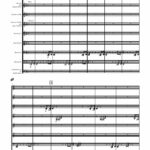 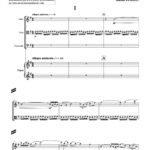 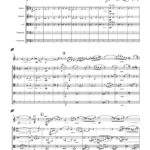 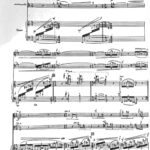 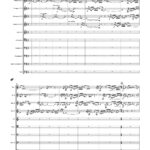 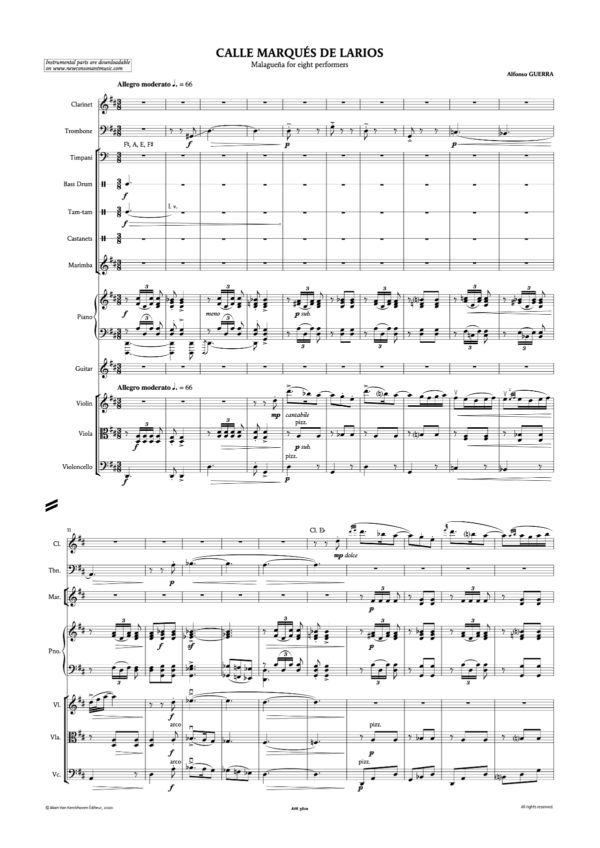